Still a stranger to her own body, a high school student discovers she has a physical advantage when she becomes the object of male violence. Starring Jess Weixler, John Hensley, Josh Pais, Hale Appleman, Ashley Springer, and Lenny Von Dohlan.

Written and Directed by Mitchell Lichtenstein 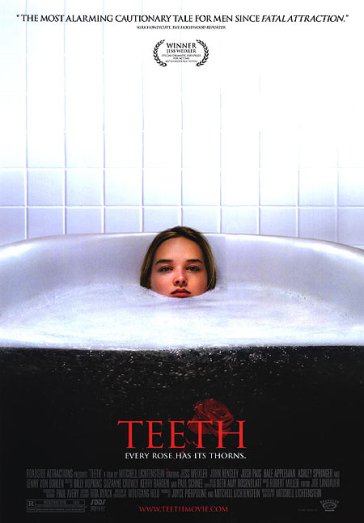 “TEETH is the most alarming cautionary tale for men since ‘Fatal Attraction.'” The Hollywood Reporter

“Guaranteed to make you squirm and scream.” Bloody-Disgusting.com

“One of the Top 10 political horror films of all time.” AlterNet.org